Went to Kua Bay yesterday. Beautiful azure surf and amazing 100'+ visibility. As soon as I got in the water, I saw 3 teenage ulua (jacks). Found an octopus in around 20' of water, broke an urchin and fed it to him. Went out to 50' and did some easy drops, spotted another group of ulua. Went back in towards the shore and swam along the rocks, watching the surf hit the shore from underneath the water. Tina grabbed me and said there was a shark -- a big fat white-tip circling through some caves about 25' down. She was totally mellow and we dove with her for several minutes before leaving her alone. On the way back in, yet another group of jacks.

Then, last night went up to a star party in Waimea. It was totally socked in for a couple of hours, but eventually cleared up enough for me to take a couple photos. Here's the best, which a 1 minute exposure of the belt and sword of Orion, including the Great Nebula of Orion. 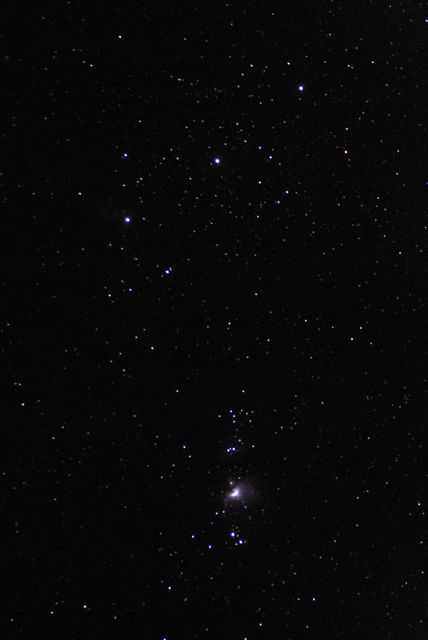