According to Evans Data, the worldwide developer community will reach 29M by 2019. The largest growth is expected to come from China and, to a lesser extent, other developing economies.

I tend to be very skeptical about quantitative analysis of the developer community, and more-so when it comes to global analysis and forecasting, but I have no prima facie reason to criticize those numbers. 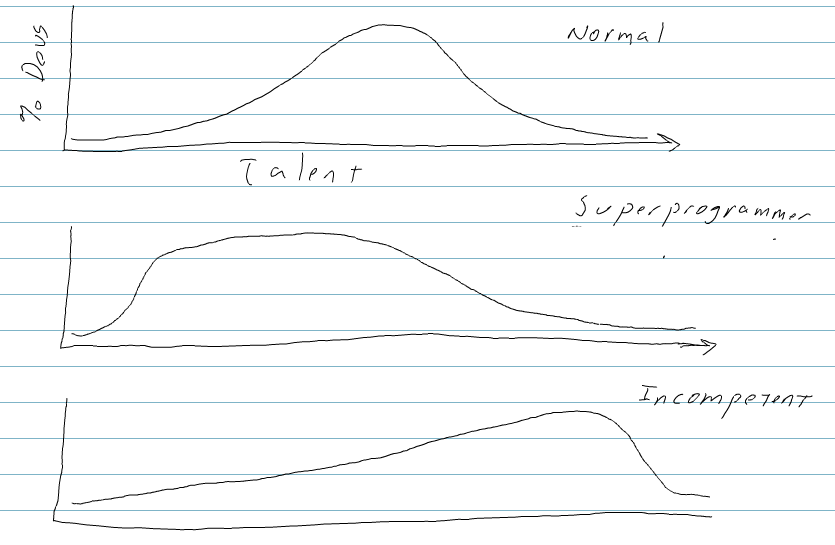 A normal distribution would imply that the most effective team structures would be fairly democratic.

The "superprogrammer" distribution, in which an elite (but not vanishingly small) population is vastly more productive than median would imply the most effective team structure as being one structured like a surgical team (the team is structure in service to the elite member).

The "incompetent" distribution, in which a good number of exceptionally bad programmers manage to stay employed, implies that instead of seeking out "rockstars" and "ninjas," teams should take a satisficing approach. In this world, the median professional programmer is pretty darn good, but sees a lot of unacceptable crap.

A belief in the "superprogrammer" distribution is prevalent, but the "incompetent" distribution best explains the world I've seen over the past 30 years.